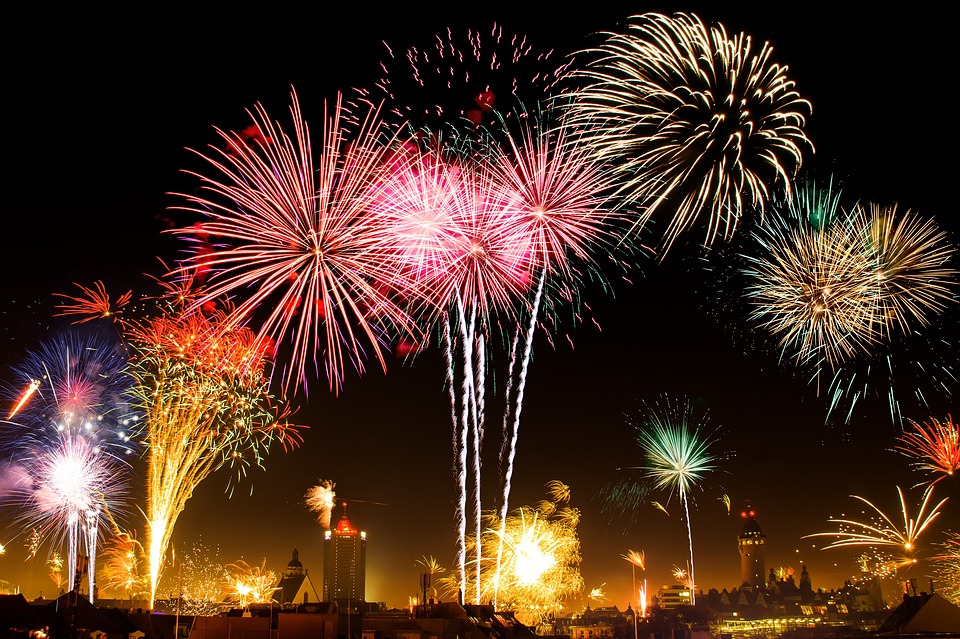 The New Year is a great time of renewal. That makes it a good time to make bold, decisive changes in your life. Leave behind the baggage that was 2016 and start fresh with a blank slate in 2017. If you’re looking for some resolutions to improve your personal finances, we’re pleased to offer seven ways to make 2017 the year of the dollar!

Determine where your money goes. Carefully record every dollar you spend for a month; apps like Mint can make this process automatic. Keeping track of where your money ends up may ultimately encourage you to spend more judiciously.

70% of Americans live financially spontaneous lives, without planned spending. This is a circular problem: If your budget doesn’t include setting aside money for long-term expenses and savings, you’ll end up spending everything on unplanned things and events. Stop the cycle by creating a budget that modifies your spending to be more in line with your priorities.

The biggest stumbling block to financial security and saving towards long-term goals is debt. Make the move towards debt reduction this year by adding an extra $50 or $100 to your credit card payments. Alternatively, focus all your payment resources on the highest-interest debt until it’s paid off, then move on to the next highest.

The best way to avoid going into debt is to have some money available to handle the occasional, yet inevitable, emergency. Set a specific goal, like adding $10 per month to a savings account. At the end of the year, you’ll have more than $100 available in case something goes wrong.

When you have a retirement account, your monthly statements serve as reminders to think about and plan for your retirement. The challenge, though, is taking that first step. Don’t get hung-up on perfection; any kind of retirement account is better than none. If your job offers a 401(k) matching program, sign up to get at least the full matching funds amount – it’s free money. Do a bit of research, then open the account that seems like the best idea.

Fighting that impulse to spend what you’ve earmarked for savings is a constant struggle; it’s easiest to take the decision out of your hands. Change your direct deposit to put some of your paycheck directly into a savings account, where you won’t even think about spend it impulsively.

Knowledge is power, and that’s especially true in the world of personal finance. There’s loads of information out there; resolve to read one personal-finance article a week. This will give you great ideas for improving your financial situation.

Happy New Year from all of us at 705 Federal Credit Union. We hope you have a safe, happy, and prosperous 2017!

Albert Einstein once claimed the most powerful force in the universe was compound interest.  That’s pretty impressive praise from the person whose work helped create nuclear power and atomic bombs.  While interest can be powerful, it can also be confusing, because when people talk about it on the news, they mostly talk about it in terms of vague forces and odd numbers.  Here’s a quick rundown on what interest is, as well as how it affects your life today and in the future.
When someone borrows money, they pay back more than they borrow.  Whatever extra money they pay back is called interest, and that’s one way that financial institutions and credit card companies make money. That money is basically paying the lender for the risk they take, since there is a chance some of the money wouldn’t get paid back. So interest rates can go up or down depending on how likely the money is to be paid back.  Credit unions like 705 Federal Credit Union work in a lot of the same ways, except that the money they make from interest is shared with credit union members, like you and your family.
So, a high interest rate must be bad, because that means people have to pay more money back, right? Well, it’s not really that simple. If it were that easy to understand, then interest rates wouldn’t be on the news all the time.  There’s another kind of interest, which is what you earn on your money.  At a credit union interest on savings accounts is referred to as “dividend” because it is what you are paid for your share of the cooperative.
When you deposit money into your savings account, it’s like we’re borrowing money from you.  After all, we’re holding onto your money, so we pay you dividends.  The more money you put into your account, the more we pay you.  So, when you save money, you want a higher dividend rate, which allows you to make more money as your savings account balance increases.
That’s the confusing part about interest: Some people want a high rate and others want a low rate.  Unfortunately, those rates are part of everything around you:  If you own your home, you’ll want a low interest rate.  If you’re saving money for college, you’ll want a high dividend rate.  Just about any business that wants to open new locations or get new equipment is going to need a loan, so they’ll want low interest rates.  Retired people who have money saved are wise to seek out the highest dividend rates so their retirement savings will last.
Trying to balance all of these people is difficult, which is why the government created a central bank, known as the Federal Reserve (or the Fed) to manage all of this.  It can raise or lower the rates for everyone, but it can’t do both at the same time.  The Fed spends a lot of time figuring out what’s best for the country, and it tries to keep its work secret until it’s ready to reveal whether it’s going to raise or lower rates.  It sends out secret shoppers to check the prices on thousands of goods around the country, and uses all that information to figure out what to do.
Hopefully, the next time you’re watching the news, it’ll be more interesting when they talk about interest rates.  It might sound like boring business talk and math, but really it’s a report on secret government shopping spies who are working to figure out whether we need businesses to open up new locations or your college fund to grow.
LINKS:
Connect with us on Facebook, Twitter, or Instagram!
Financial Counseling
705 Interest Rates
The Credit Union Difference
Categories : Credit, Credit Union, Finances, Loans
Tags : borrowing, Financial Education, Financial Literacy, Interest Rate, Investing, Loans